When the Addario Lung Cancer Foundation and the Lung Cancer Alliance joined forces to become the largest organization dedicated to serving the lung cancer community, they enlisted Mekanic to build a new brand from the inside out. The two organizations from opposite coasts of the United States each had their own established strategic partners, donor panels, health care providers, researchers, advocates, and networks of loyal patients that have operated independently for three decades. Six months before the merger and brand launch, the two teams gathered for a two-day workshop, where Mekanic led them through visioning exercises to help begin ideating how the new brand would be positioned, the story it would tell, and how it would come to life. After exploring hundreds of naming conventions, GO2 Foundation for Lung Cancer was selected. It indicates the organization’s role as the “go-to” place for the lung cancer community, with a subtle nod to oxygen and breath. Mekanic developed a complementary tagline: “Empower Everyone. Ignore No One.” to convey the organization’s goal to end the stigma associated with lung cancer and improve survival rates among lung cancer patients. The new visual identity gives the organization a fresh, next-gen appeal to bring more public attention to the lack of funding, the stigma that surrounds the disease, and the new hope that breakthrough research is bringing to the lung cancer community. Deep, legacy blues lend a trustworthy quality to the visual identity, and the “G” in GO2 is an arrow suggesting action and progress. As GO2 brings its new brand to market, Mekanic continues to support the brand’s adoption internally and externally. 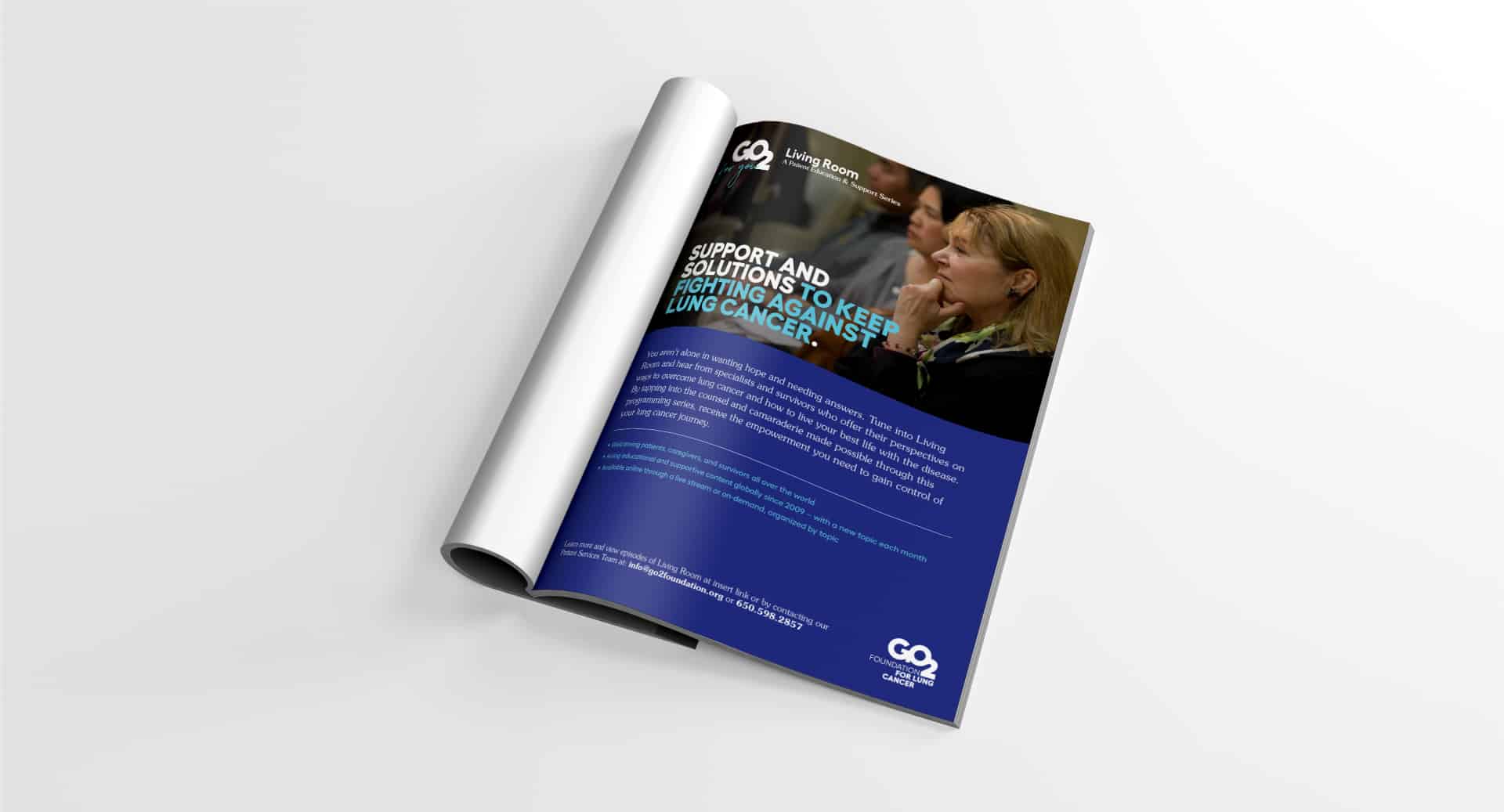 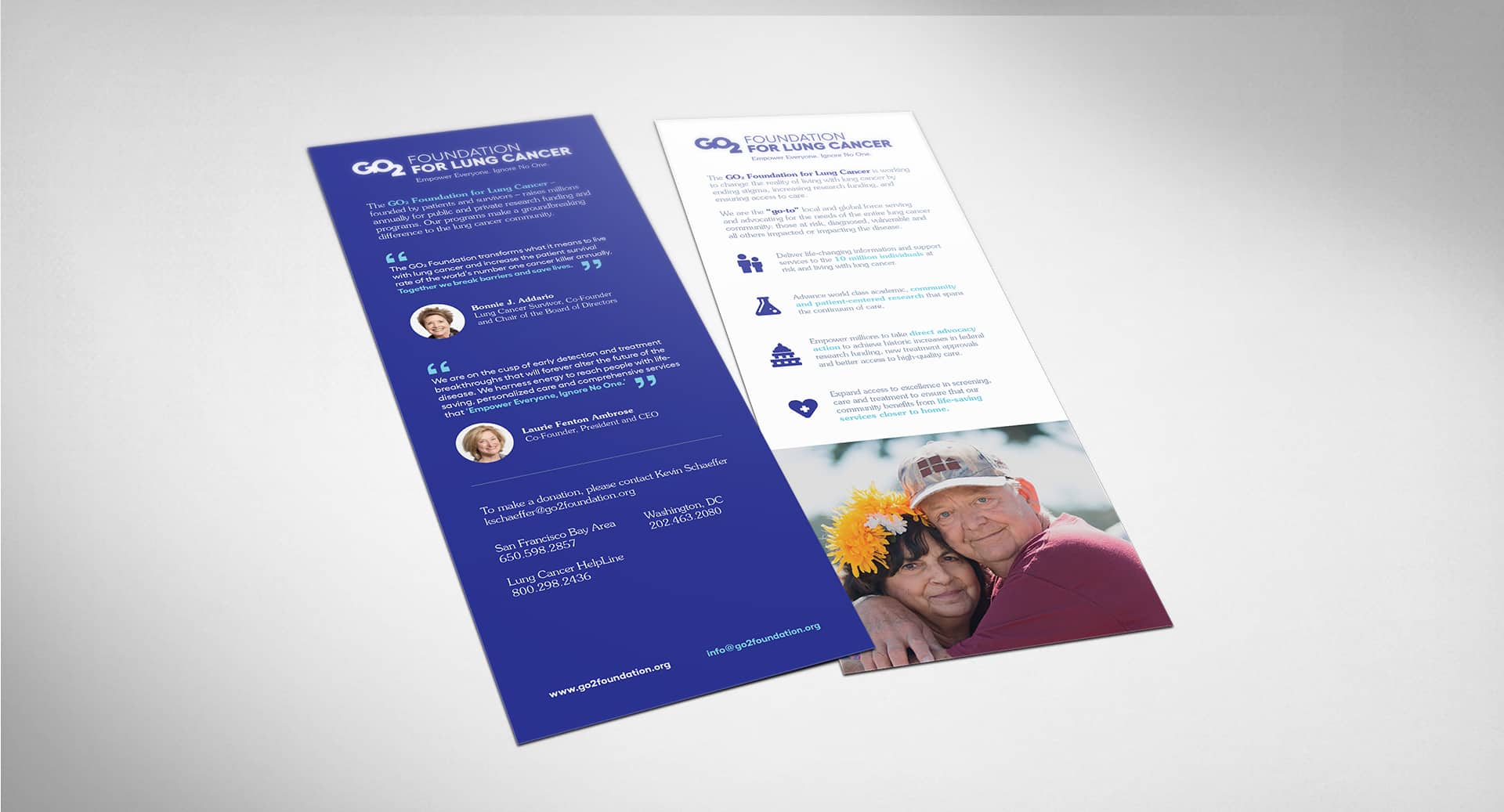